There is currently a ban on pen pal programs for people in Victorian prisons. Inside Out has frequent requests from people inside prison to have access to pen pals. In fact, it is the number one thing people ask us. Pen pals can offer a life line for those inside to be able to connect to the LGBTIQ community, develop friendships and access to peer support. Inside Out would like to run a pen pal program for LGBTIQ people in prison around Australia, but first we need to fight the ban. Help us put pressure on Deputy Commission Brendan Money and call for him to lift the ban.

SIGN THE ONLINE PETITION TO END THE PEN PAL BAN 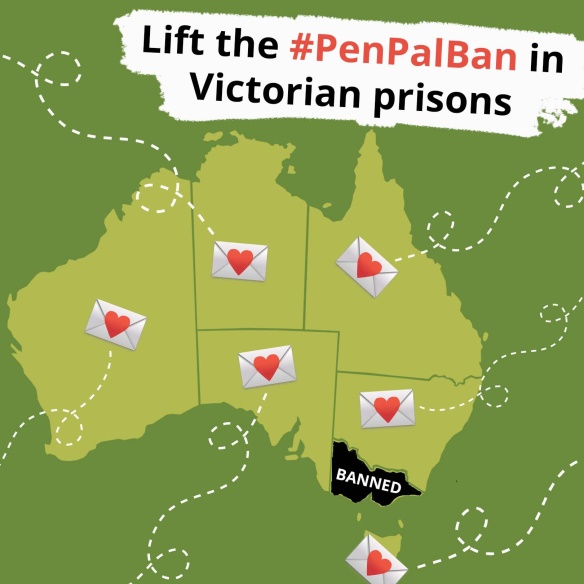 If you would like to write to Deputy Corrections Commissioner Brendan Money who is responsible for the ban you can send it to him at:  GPO Box 123, Melbourne VIC 3001.